Our Oakleigh Grammar Debate Team is going from strength to strength, with the most recent bout featuring three wins and two losses. They showed great improvement across the board, especially in the younger levels – picking up more Best Speaker Awards, and a lot of students coping calmly and confidently with their first ever secret topic debate.

The Year 12s tackled the tricky topic of climate change targets, and only had one hour to prepare – with no teacher assistance allowed and no electronics. In this debate, Alexander Logan (Year 10), debated well above his level in the difficult third speaker position.

The Year 10s were confronted with a topic about international trade restrictions (under the same secret topic conditions). Miladin Milosovic drove his team’s arguments, while Peter Karkanis picked up Best Speaker on the back of his slick and entertaining presentation skills.

Two groups of Year 9s argued to abolish NAPLAN. One group lost to Avila in the strongest Year 9 debate witnessed for quite some time. The competitors won comfortably, and surprise packet Phoenix Shi won another Best Speaker award for Oakleigh in her first ever debate. An appropriate reward for her preparation!

Congratulations to each student for their strong and bold contributions. Debating is truly helping to shape and empower our young minds into informed and global citizens!

Visit from the Hellenic Armed Forces
Comments are closed.

Located in the heart of Melbourne’s south-east, we offer excellence in co-educational learning from our Early Learning Centre through to Year 12.

Mr Dickinson joined Oakleigh Grammar at the commencement of 2018, after 8 ½ years as Head of Glen Waverley Campus of Wesley College. Peter has achieved considerable success in a variety of other leadership roles at Wesley College and he is keen to make an equally valuable contribution to Oakleigh Grammar.  Mr Dickinson oversees the operations of the school and overall student welfare.

Mr Dickinson has a clear passion for education and his values of inclusivity, diversity and holistic development of each child are strongly aligned to the values of Oakleigh Grammar. His strong interest in student well-being and pastoral care is at the heart of his work.

Mr Dickinson has had extensive experiences across the ELC to Year 12 continuum in all areas of school life. He is an experienced International Baccalaureate educator and values the importance of intercultural understanding. He has also become a strong advocate for indigenous education.

Mr Dickinson holds a Bachelor of Education and a Diploma of Teaching and has been involved in a number of educational committees and community Boards across Victoria.  He currently serves on the Board of Life Education (Victoria). Mr Dickinson thoroughly enjoys his teaching, especially History and Geography, no doubt born from his extensive international travels across more than 55 countries.

Mrs Frame is a passionate educator who views every child as an individual with a right to obtain an education that provides a pathway to a successful future.

As the Head of Senior School & Head of Middle School, she believes that education programs require a degree of flexibility to ensure weaker students are supported, stronger students are challenged and extended and each cohort that finishes in Year 12, exits school as responsible, prepared and capable young adults.

Mrs Frame leads a team of dedicated and equally passionate teachers who have worked together over a number of years to develop and improve education standards and outcomes for students within the Senior School.

Because of her real life experience in industry, as a Research and Development Chemist, she is aware of the necessity for preparing young adults for the choices and challenges they will face when they exit formal Secondary education.

She has established strong working relationships within the school community and believes that education is a three way partnership between home, school and student.

She enjoys being a part of the ‘behind the scenes team’ who help provide support to the education of young people. She values the importance of education within a stimulating, nurturing and safe environment, where children are valued and diversity is celebrated.    Mrs Watson is delighted to be a part of the Oakleigh Grammar Community.

Ms Lewis is a Chartered Accountant with over 13 years experience as a Financial Manager in a variety of industries.

Commencing her professional career in Western Australia, she transferred to the Melbourne office of Ernst & Young in the Corporate Tax Division. She found her passion in working with smaller businesses, and moved into private client services where she gained extensive experience in Taxation, Financial Accounting and Corporate Secretarial and Governance work.

Ms Lewis has also worked within the not-for-profit sector, where she enjoyed working in a team with a community focus. In her most recent engagement, she worked within a public body of the Victorian Government, where she gained valuable firsthand experience in engaging stakeholders and fulfilling statutory reporting requirements.

Ms Lewis is the Honorary Club Secretary for a sailing club on the Mornington Peninsula, and a Director of the Fundraising Foundation for the school that her daughters attend.

Mrs Parkes will bring a wealth of knowledge, that we believe will greatly help further develop and grow our Junior School, drawing on an expansive career in education and executive leadership, with her most recent position being Head of Junior School for Haileybury Rendall School, Darwin.

Added to Mrs Parkes impressive professional career, she is also a busy wife and mother to two wonderful teenage children, who enjoys travel and catching up with friends in her spare time.

Despite Mrs Parkes leadership roles, she always considers herself “A teacher first.”Allowing her to stay grounded and to create an environment of equal opportunity when making executive decisions.

Mr Ryan is a passionate and innovative educational leader, with a drive to enhance every student’s growth and academic achievement across the Junior, Middle and Senior Years. With extensive school leadership experience in a number of Independent schools, and most recently as the Principal of St John’s College, Mr Ryan has a clear vision for transforming teaching and learning to meet the needs of every student, both now and into the future.

Mr Ryan is committed to developing a trusting and dynamic learning culture that is informed and supported by parents, families and a caring and inclusive community. At the heart of his continued focus upon excellence, growth and achievement for all, Mr Ryan has a deep love and commitment to his own learning, having Degrees in Counselling, Philosophy and Education along with a love for history, both ancient and modern. Mr Ryan is married to a supporting and wonderful wife, has two older teenage children, and an affectionate but rambunctious dog.

Mr Robertson joined Oakleigh Grammar as Principal in 2011 and has been instrumental in driving the School Improvement agenda which has resulted in record enrolments and a revival of academic outcomes. Additionally, his new and unique educational and character development initiatives have been wholly embraced by the School Community. Mr Robertson has devoted his career to inspiring and developing young people. He has proudly built on the legacy of those before him to ensure Oakleigh Grammar lives up to its reputation of providing a stimulating learning environment which values diversity and inclusivity in a loving and caring multicultural setting.

Mr Robertson is passionate about educating young people and leads the Oakleigh Grammar Community with a respectful and positive approach in all that he does.

Dyslexia is a specific learning difference that is neurobiological in origin. Characteristic features of dyslexia are difficulties in phonological awareness affecting accurate and/or fluent single word decoding and word recognition. Difficulties with spelling may also be evident with secondary challenges in reading comprehension.

Dyscalculia is a term referring to a wide range of difficulties with mathematics, including weaknesses in understanding the meaning of numbers, and difficulty applying mathematical principals to solve problems.

APD also known as Central Processing Disorder is a difficulty with verbal language. Children with normal hearing may have difficulty processing what they hear and expressing themselves clearly and succinctly. It is sometimes referred to as a receptive/expressive language disorder. APD is caused by a lack of coordination between the brain and ears. This interferes with the way the brain recognises and interprets sounds, especially speech. The child may also have difficulty remembering what is said.

Dysgraphia is a specific learning difficulty relating to written expression. Children with Dysgraphia have extreme difficulty getting thoughts in order and written on paper. It often coexists with Dyslexia.

Neuroscientists focus on the brain and its impact on behaviour and cognitive functions. 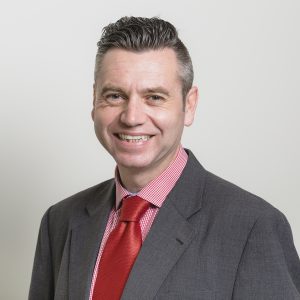 Luke Preston is an experienced business and finance manager with a background in Not for Profit, specifically Education and Sport. Luke has most recently been the Finance manager at Melbourne Grammar School (2016-2019) and prior to that, the Business Operations manager at Tennis Victoria (2012-2016).

Before moving into the education sector in 2016, Luke worked in sport for 7 years – at Tennis Victoria and Cricket Australia – in financial and operational roles.

He worked in the corporate sector for 15 years prior to that, at major organisations across multiple sectors in both Australia and the UK, covering banking, consulting, retail and logistics.

Luke is passionate about the Education sector and the important community role played by schools and not for profit organisations.

Luke is a CPA and a UK ACMA and also holds a BSc (Social Science) from the University of Southampton.

Outside of work, Luke enjoys spending time with family and friends, and is alway kept busy with his two school age children: Alex and Jessica, and his lovely wife Kellie.

As an educational leader, I feel privileged to be able to work alongside children as they build their knowledge and understanding of the world around them at school.  Celebrating the diverse range of “Wow” moments that occur with our students each day, brings great joy to me both personally and professionally. I strongly believe in the importance of building solid foundations for children’s ongoing learning, focussing on developing thinking and inquiry skills in partnership with literacy and numeracy skills, in a meaningful, rigorous and authentic way for all children. Furthermore, I value the opportunity to build beneficial, ongoing partnerships with families, working together with them to encourage all children to consistently challenge themselves, as they holistically develop a solid understanding of how they learn best.

I studied a Bachelor of Education at the University of Tasmania, before working in a range of different school settings, both nationally and overseas.  This hands-on experience with a range of educational approaches, supported by my ongoing work at the University of Tasmania as a Unit Coordinator as part of the Bachelor of Education degree, has given me the opportunity to continually reflect upon evolving current best practice in education, based upon relevant, research.  I have been part of Oakleigh Grammar since 2014, working as the Early Learning Centre Coordinator before becoming the Acting Head of Junior School in 2018. Within these educational leadership roles, I have developed in many ways whilst working within Oakleigh Grammar’s dynamic and collaborative community of learners.

Peter Cummins took up his position as Deputy Principal in 2012. Prior to this he was Deputy Principal (Curriculum) at Leibler Yavneh College (2008-12) and Head of Curriculum at Mentone Grammar (2004-08). He began his career at Scotch College Adelaide and later returned as a boarding housemaster after teaching in the UK at Bromsgrove School and Wellington College.

Peter is passionate about developing the learner in every child and giving them a sense of responsibility to play an active part in making the world a better place for all human beings. He believes that the focus must be on our students developing the agility and imagination needed for living productively in a complex world.

Peter is married to Sharon (Kindergarten Director) and has three adult sons: Andrew who is a senior project manager in construction; Tom who works at Michigan State University in communications; and Alex an industrial designer.